The Mandalorian Pinball Machine Is Expensive And Looks Awesome 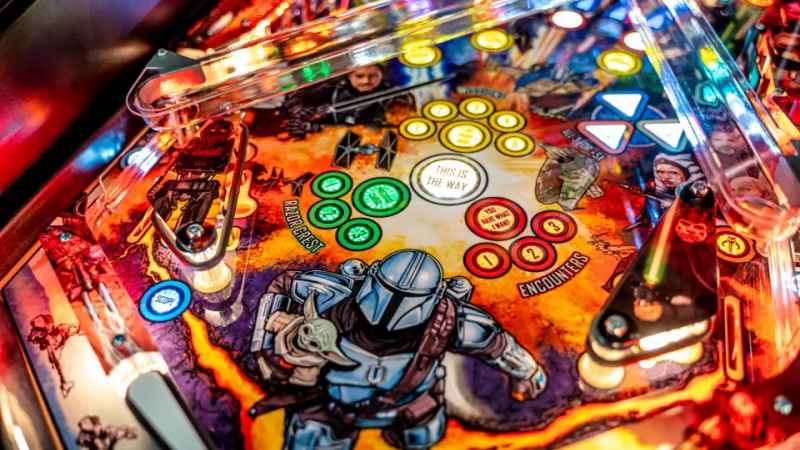 Stern Pinball’s latest table explores the first two seasons of The Mandalorian and pushes the player to smack a Beskar ball across the galaxy to protect Grogu. This beautifully designed table features a giant Grogu statue, exclusive speech from actor Carl Weathers (in character as Greef Karga), and the show’s theme song with music from composer Ludwig Göransson. If you want to add it to your game room, it’s available now in three models: Pro (for $6,199), Premium ($7,799), and Limited Edition ($9,199).

Stern is only making 750 units of the Limited Edition, decked out with a frame inspired by Beskar armor, exclusive inside art blades, an enhanced audio system, anti-reflection playfield glass, and a numbered plaque.

The artwork on all three versions spoil a number of the big surprises in the show, so you may want to avoid looking at the gallery below if you haven’t made it through the second season yet. The attention to detail in this artwork is particularly impressive, as it captures most of the big moments and shows just how amazing this show has been.

When The Mandalorian‘s first episodes hit, I said this series would make a hell of a game. While I still want a console game, this surprising pinball release delivers just as much excitement. I just hope I can find a place that has it set up for play.