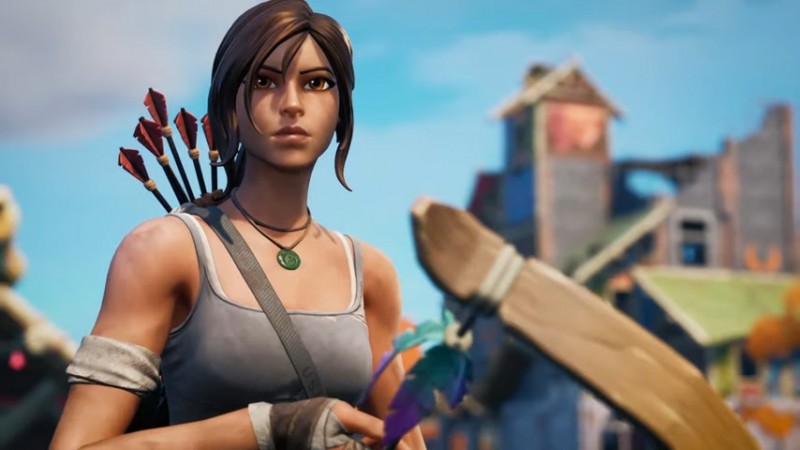 The Tomb Raider 25th Anniversary Celebration is underway and there’s a ton of content for fans and newcomers to get their hands on and experience. In addition to the Definitive Survivor Trilogy, Cookbook,  and “The Lost Valley” statue announcements during the Square Enix Presents showcase, Tomb Raider crossovers were also revealed. The three games getting the Tomb Raider content include Tom Clancy’s Ghost Recon: Breakpoint, Final Fantasy Brave Exvius: War of the Visions, and Fortnite (Creative).

Details surrounding exactly how the action adventure franchise will mesh with Breakpoint and Final Fantasy are still unknown. Based on previous Ghost Recon content, this could potentially be an opportunity where players can navigate the open world alongside Lara. Or maybe fan-favorite tombs will be explorable; only time will tell. The Final Fantasy crossover is perhaps the most mysterious of the three; who knows how Lara (or any other popular Tomb Raider characters) will play into the fantastical world of Square Enix’s most beloved franchise.

Fortnite, of course, is well known for its myriad crossovers. Earlier this week, Epic Games announced that Fortnite Season 6 would introduce a single-player experience, three Lara Croft skins, and wild animals. The new crossover between Tomb Raider and Fortnite, however, is coming to the latter’s Creative mode; the Croft Manor will be a fully explorable arena.

While you wait for the upcoming Tomb Raider crossovers, keep an eye out for content surrounding Square Enix’s other titles like Life Is Strange’s latest chapter and Black Panther’s exciting arrival to Marvel’s Avengers. Are you excited for the Tomb Raider crossovers? What do you think the content will look like? Let us know in the comments below.