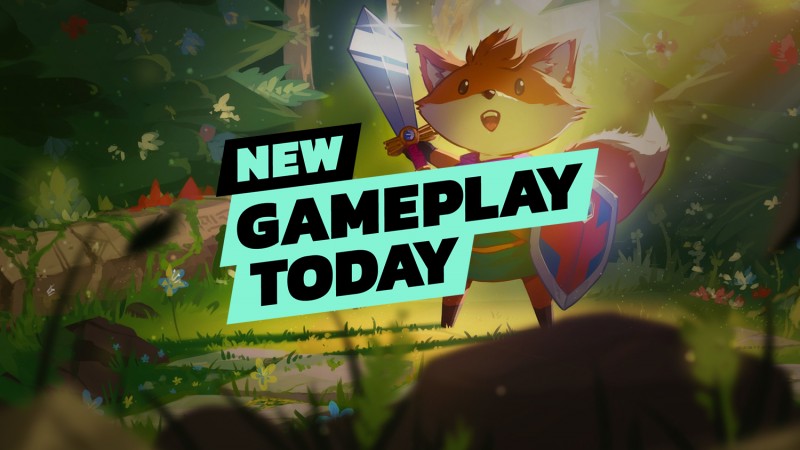 Some games stop you in your tracks the moment you first see them. Titles such as Sable, Solar Ash, and Cris Tales have such unique visual styles, but none more so than Tunic. Solo developer Andrew Shouldice has set out to create a memorable ode to the 2D Zelda titles of the past, but that’s far from painting a full picture of this gorgeous new action title.

As part of the [email protected] Demo Event for this year, the house of Master Chief has rolled out a ton of new playable experiences featuring some of the most exciting indies coming out in 2021 and beyond. As part of that, Marcus Stewart, Ben Reeves, and Alex Stadnik got to check out Tunic and are sharing their thoughts with the lovely GI community.

One of the most striking aspects right off the bat is the game’s deceptive difficulty. Booting up the demo, it becomes clear right away that players won’t be able to just spam the attack button and remain alive. Gamers will have to block, roll, and pick their attacks carefully especially when the enemies get larger and more numerous. It almost feels like a Dark Souls game in not only its deliberate combat (though, not quite as punishing) but in its checkpoint system, the way death is handled, and its mysterious world-building. If you’re curious how that looks in action, we show off all that and more in this fun episode of New Gameplay Today!

We unfortunately still don’t have a release date for Tunic, but we do know Andrew Shouldice’s exciting new indie title is coming soon to Xbox (Game Pass as well), and PC!

For more indie goodness, keep it locked to Game Informer! We have plenty of coverage from the smallest games making the biggest impact, including a New Gameplay Today on Sable, an update on Hades coming to new consoles, and a first look at Somerville, the latest game from the co-founder of Playdead!

2021-06-16
Previous Post: Rockstar Is Shutting Down GTA Online On PS3 And Xbox 360 In December
Next Post: Mortal Kombat Legends Sequel Drops This Summer