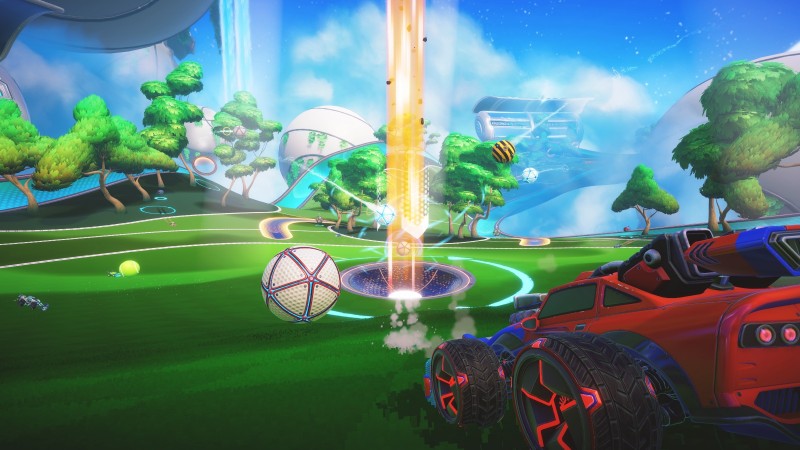 Rocket League’s blend of soccer and car combat proved to be a massively successful example of an idea “just silly enough to work.” Turbo Golf Racing borrows from a similar playbook by combining over-the-top arcade-style racing with, you guessed it, golf.

The upcoming title pits players in a chaotic race to guide their respective giant balls into a big hole. You can jump, dash, glide, and flip your vehicles to knock balls through boost rings and past obstacles like sand traps and trees to get it in the hole before your opponents. Courses sport speed boost ramps, and barreling off hills deploys glider wings on the cars. Up to eight competitors can compete online, and you can get a taste of how races play out in the trailer below.

Equipping super cores to cars grants perks such as the ability to smack the ball greater distances or powers like a ground stomp. You can also gussy up your vehicle thanks to a range of unlockable cosmetics such as paint jobs, body types, spoilers, and tires. Free updates will add additional courses, power cords, and customization pieces.

Turbo Golf Racing is getting a beta in the near future (which you can sign up for here) and will launch in Steam Early Access before going 1.0 later this year. When it does, the game is slated to hit Xbox One and Xbox Series X/S and will be available on Game Pass.

2022-03-25
Previous Post: How to Convert MOV Videos to MP4
Next Post: The Original Google Pixel Gets an Unofficial Android 11 Update