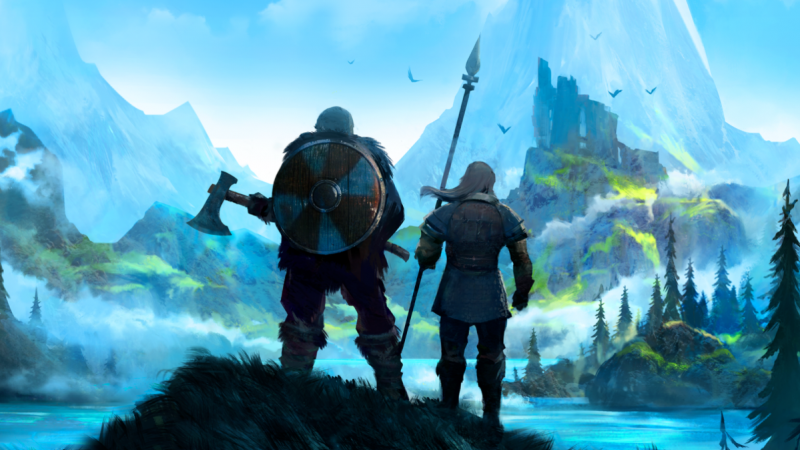 You’ve seen a billion of these “feel good” stories on Facebook and Tik Tok; now they’re invading the world of Vikings. One Valheim player decided to poke fun at the influx of overly dramatized videos with one of his own, and it’s kind of too perfect not to share, especially when looking at how he absolutely nailed the format.

“An emotional Greyling Rescue is the feel-good story we all need right now,” says u/Henloseraph. I’ll be the first one to admit that when I’m doom-scrolling late at night when I should be sleeping, I will stop and watch every single video in this style despite knowing most of them are stupid and complete fluff. When I saw this player edit, I about died laughing. I’m a simple girl: I see something funny, I laugh.

For those who don’t play or are still very new, Greylings are short little creatures you’ll meet in Valheim. They’re the younger version of the Greydwarf and just as annoying. But these aren’t just little mini tree-stump-looking foes; there’s actually some pretty cool lore behind them. According to said lore, Greylings are the reincarnation of sinners. Sinners don’t come back as a person in their new life; instead, they come back as seeds meant to rot until they grow into Greylings. And then we kill them so we can get their stuff.

If you haven’t joined the hype train yet, we can’t recommend Valheim enough. It’s a survival game for those who don’t like survival games. I usually can’t stand them; personally, I don’t have the patience. Just point me at an enemy so I can kill them. I’ll leave the building and blueberry gathering to others. Because of that philosophy, I’m not the best at staying involved, but Valheim has managed to keep me roped in with its enjoyable gameplay mechanics, inspired building, and oh-so-soothing music.

The community is impressive for this new game, including one player who is completely recreating Skyrim’s Whiterun at a 1:1 scale.

Interested in becoming the Viking you were always meant to be? Valheim is available now on PC as an Early Access title. You can also check out some of our mod recommendations here if you like modding!