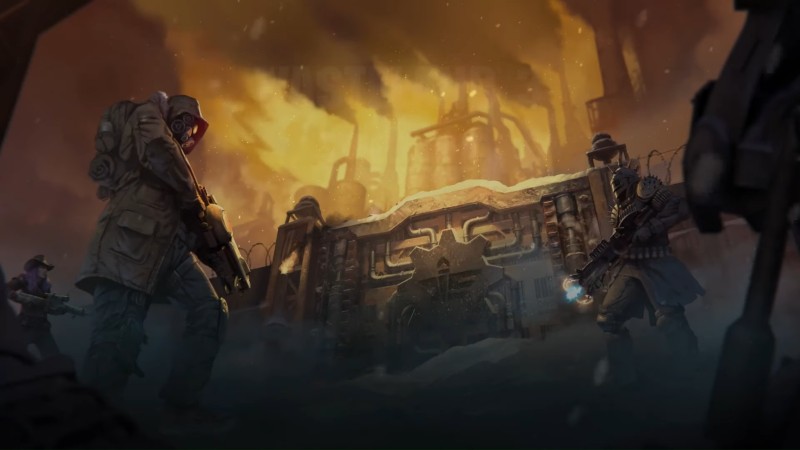 Wasteland 3 is getting its first narrative expansion this June. The Battle of Steeltown sends players back to Colorado to take on a new threat while enjoying a suite of features designed to freshen up the experience.

The story centers on rangers being sent to the factory complex of Steeltown on behalf of the Patriarch. The town is responsible for manufacturing the technology and equipment that powers the region, but production has been disrupted. Upon your arrival to the factory you discover its mired in chaos such as constant bandit raids, worker strikes, and other problems. Your job: fix this mess before Steeltown collapses for good. Check out the announcement trailer below.

The expansion features new quests as well as fresh enemies to tackle either alone or with a friend in co-op. Added features like telegraphed attacks, stacking status effects, non-lethal weapons, and elemental shields add new wrinkles to combat, as does revamped arsenal of weapons and armor. The introduction of combat and gear scaling means enemies will now keep pace with players whether it’s their first or fifth time taking on Steeltown.

Game director David Rodgers said in a press release “The Battle of Steeltown represents not just a fantastic new chapter in Wasteland 3’s story, full of choice, consequence, and Wasteland 3’s unique brand of humor, it’s also a culmination of all the hard work we’ve put into the game since launch For those playing Wasteland 3 for the first time they’ll be playing the best version of the game. For players coming back to visit Steeltown they’re in for a treat with new story, characters, and combat mechanics that really change up tactics in challenging new ways. They’ll also see characters and stories they started in the base game make an appearance, with new interactions for everyone’s favorite foul-mouthed parrot, Santa’s Elves “Where Are They Now?” and more. All of this is complemented with incredible new post-apoc music.”

If you’ve been itching to jump back into Wasteland 3, The Battle of Steeltown launches June 3 for PlayStation 4, Xbox One, and PC for $13.99. Xbox Game Pass subscribers get a 10% discount on the expansion as well.

For more on Wasteland 3, check out our review of the base game here.

Are you looking forward to hopping back into Wasteland 3? Let us know in the comments!