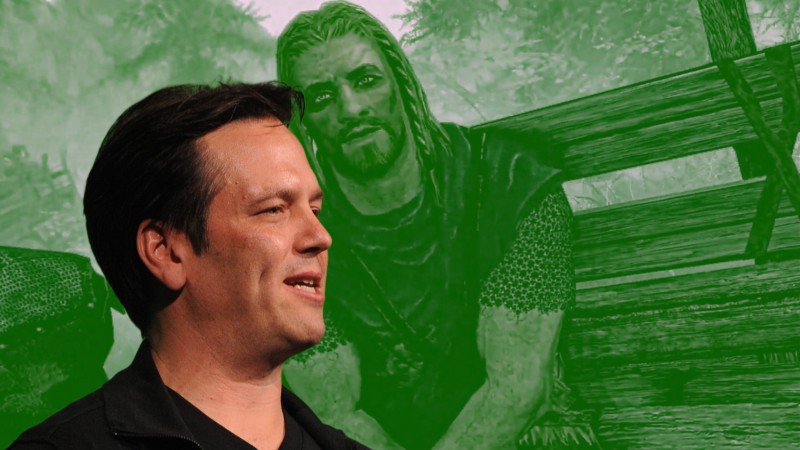 Now that the ZeniMax acquisition is official, studios like id Software and Bethesda have officially joined Team Green. Bethesda and Xbox have always had a strong working relationship, but now that relationship is “Facebook Official” and means more resources, bigger teams, and so much more.

Topics discussed include looking ahead, teasing projects “we’re not ready to announce yet,” the subject of exclusivity, Game Pass, and more. What Xbox exec Phil Spencer had to say about exclusivity is making its rounds and echoes what has previously been stated about what this acquisition means. In his most recent statement, Spencer stated that not all games will be exclusive but that the more significant objective is to have more Game Pass-only titles to share with players.

“So obviously I can’t sit here and say ‘every Bethesda game is exclusive’ because we know that’s not true,” said Spencer during the roundtable discussion. “There are contractual obligations that we are going to see-through; we always do in every one of these instances. We have games that exist on other platforms, and we are going to support those games on the platforms they are on. […] And even in the future, there might be things that have either contractual things or legacy on different platforms that we’ll do. But, if you’re an Xbox customer, the thing I want you to know is that this is about delivering great exclusive games for you that ship on platforms where Game Pass exists. And that’s our goal; that’s why we are doing this, that’s the root of this partnership that we are building. And the creative capability we will be able to bring to market for Xbox customers is going to be the best it’s ever been for Xbox after we are done here.”

This does not mean every game will be exclusive, which we already knew, but it does make the Xbox Game Pass for both console and PC more enticing. With 20 Bethesda titles joining the subscription service starting tomorrow, there is a big drive within that digital ecosystem. While new IPs are almost a shoo-in for exclusivity, especially Starfield, we did a deep dive analysis pulling from a background with a Master’s in business talking about why we feel specific titles will only be timed exclusives, if at all. For those interested, you can find that here.

The team also reflected on projects currently in the works, more resources for the studios under Xbox’s care, and some cheeky hints regarding unannounced games on the way. It was an interesting roundtable with less focus on news and “making headlines” and more of a focus on humanizing the studios that have been acquired (e.g., sharing personal stories – even personal fears). You can watch it all in the video above!

Thoughts on the ‘Bethesda joins Xbox’ roundtable discussion? What are some of your hopes and concerns regarding this acquisition? Sound off with your hottest of hot takes in the comment section below.

2021-03-11
Previous Post: Podcast: iMac Pro discontinued: What does it mean for the future of ‘Pro’ Macs?
Next Post: The Coolest Pokémon Sword & Shield – Battle Styles Cards We Pulled From Booster Packs